“I like the idea of imagining a sound and feeling a sound and then having it come out through your body, through an instrument. That's an important way to make music.”-Tod Machover

“Intimate lyricism, meditative riffs, elegant dazzling beats or whispering melodies-perhaps with the backdrop of lightning flashing all-around or even bits and pieces of un-ordered nature from the window of a fast-moving train. That stain of purple paint thrown on white walls tearing apart the composure of silent whiteness to create myths of futures, creates continual musical scrolls in my mind. Sound as an art, for me-is an unmeasured abstracting quality that reconciles life and death or spirals memory clouds in the sun-sustaining a special red-orange pigment which illuminates the imagination. Sound as an artform is a fire which engulfs the darkness of time like a dream vaguely remembered”~ Ivaana

From John Cage’s seminal 4'33" (1952), to musique concrete’s reinvention of recorded sound (c. 1951), to Fluxus’ invasions of the prosaic and so on up to today, sound as it is used by artists has been continuously approaching a point of conceptual and methodological cohabitation with our own lives. American painter and graphic artist Robert Rauschenberg stood at the forefront of the dissolving of aesthetic boundaries between high and low culture and the arts themselves in the 1950’s. In 1966 Rauschenberg composed a multi-media theater piece entitled Open Score with the cooperation of a team of technicians from Bell Labs. The sound-oriented portion of the piece featured a multi-media tennis match. Each time the ball was struck, a loud pong sounded, and one overhead light was extinguished. The piece ended when the final light was extinguished- and the performance area lapsed into complete darkness. Rauschenberg and a team of technicians from Bell Labs also developed Soundings (1968). Soundings- was made up of a series of nine smoked plexi-glass panels. Viewed in silence, the piece appeared to be nothing more than a large, smoked mirror. As the audience moved around the room and made noise, however, various portions of the piece were illuminated, revealing a series of silk-screened images or straight-backed chairs. This piece responded differently depending on the timbre and tone of the individual's voice. As a result, Rauschenberg explained, everybody sees his own art by speaking to it. Swiss sculptor Jean Tinguely’s sound sculptures could be defined as his profound reflections on his conviction that the essence of both life and art consists of continuous change, movement, and instability, and that they also served to refute the static art of the past. Tinguely‘s colossal sound sculptures, the Méta‑Harmonies, are considered key works in this Swiss artist’s oeuvre. Méta‑Harmonie II of 1979 belongs to the collection of the Emanuel Hoffmann Foundation and is one of the four sound sculptures Tinguely constructed out of scrap metal and a selection of other curious found objects. Méta‑Harmonies emits bizarre sounds being run by means of pulleys and drive belts, powered by several electric motors, whilst resembling a highly individual combination of the sort of machinery used in a watermill and an orchestrion. Its sounds are those of an idiosyncratic percussion ensemble, though some are sustained and almost electronic in character. Tinguely said: “I manage to disturb everything by means of sound which move about. two or three of the percussion instruments are linked together, but you would have to wait for years in order to hear the same sequence of sounds twice.” The essence of Tinguely’s sound works is to create an element of surprise through a set of spectacles that are unique and unpredictable and unrepeatable and executed with conscious imperfection.

Following a similar conceptual premise, at Cambridge Creation Lab-Sound is an art practice that is characterized by knots of visions of places, objects, people and is expressed by critical concepts driven by a mesh of scientific readings or perceptions reshaped by memory and the imagination. However, at the backdrop of all of this is an aural landscape that sometimes morphs into huge moments of vacuum or silence. We are reinventing and reimagining ourselves through a world of sounds-both real and abstract. We are keen upon looking for the trail and tracing the sounds in space to provide new connections to our environment and our minds to reveal the living dialogues of human existence. Our mission is to investigate how the boundaries of sounds can be challenged in step with cross and interdisciplinary tendencies. Researchers at MIT, Microsoft, and Adobe have developed an algorithm that can reconstruct an audio signal by analyzing minute vibrations of objects depicted in video. By time warping the visual beats of an existing dance footage is set into alignment with new music. MIT/Stanford computer scientist Abe Davis said: “Audible vibrations are an essential part of how we observe and communicate about the world; but most vibration is silent, and what little we do hear is heavily integrated over our surroundings, limiting our ability to locate and reason about distinct sources of sound. The quiet, invisible vibrations of individual objects carry a tremendous amount of information – but most of that information is hidden from us.” It is this invisible vibration that we seek to extract-not computationally or algorithmically but via our senses by perceiving the concept of the painter’s palette as a keyboard or looking at paintings as if we are listening sound after sound, color after color to better understand that sound as an art practice is not just about installations but also about the processing of vibrations in all we sense.

Our goals would be to:

The absence of sound

But the beginning of listening 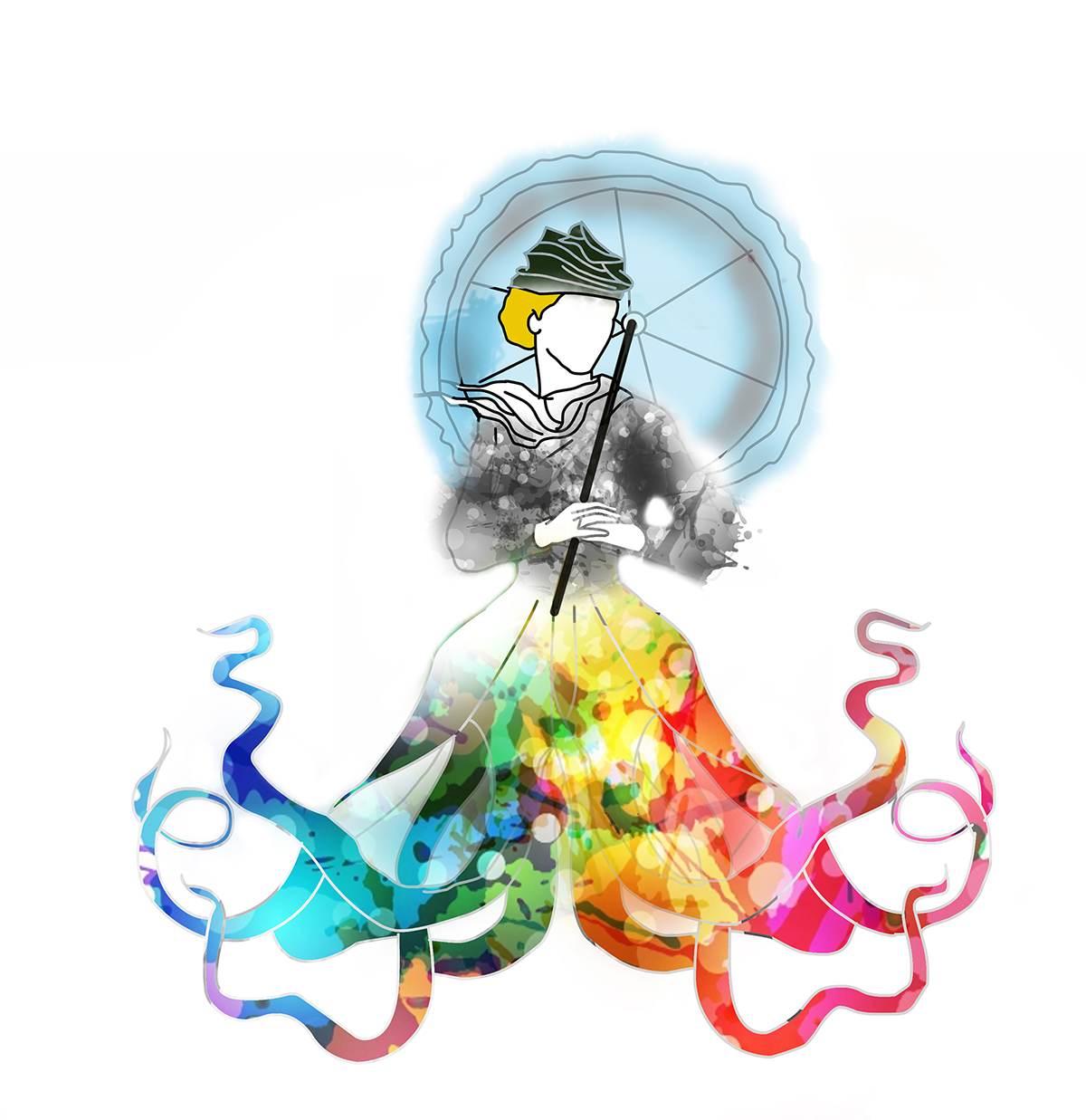